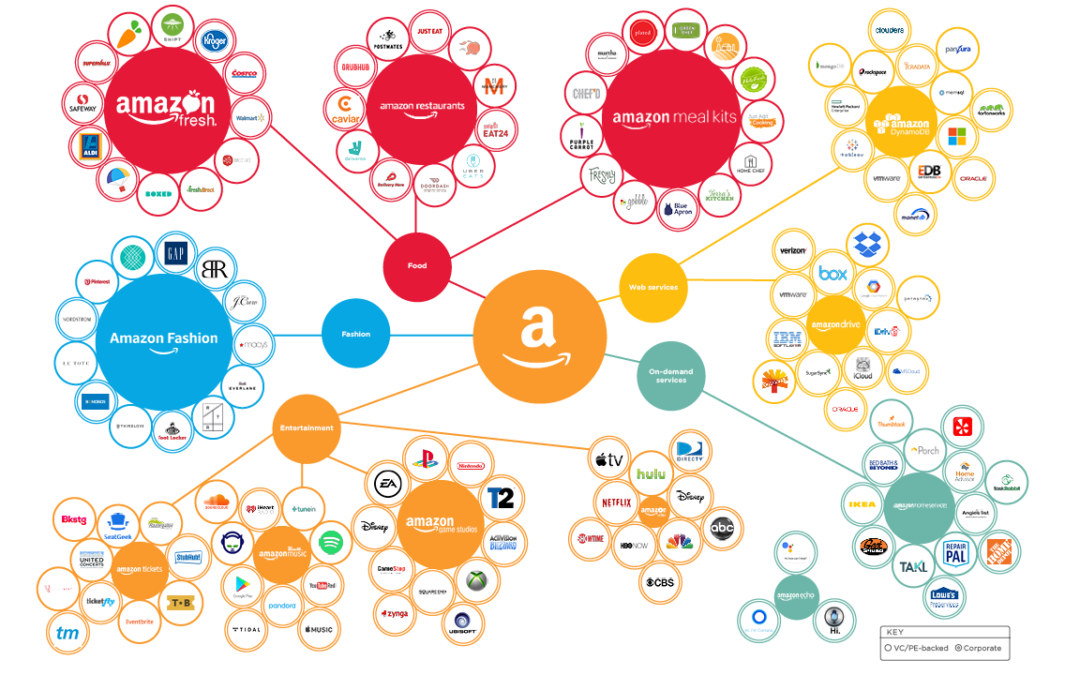 Amazon just became the fourth tech company in the world to join the $1 trillion club in 2020. Back in 2019, the retail giant was delivering over 2.5 billion packages a year in the U.S. only, with this number growing exponentially (Forbes, 2019).

There are over 150 million paid Prime members globally (VentureBeat, 2020) and 1.9 million sellers on the platform (Marketplace Pulse, 2021). Besides, Amazon’s stock price exceeded $3,000 as of March 2021 and it’s been listed fourth on the 2020 World’s Most Valuable Brands list by Forbes.

What’s the secret behind this enormous success? In this growth case study, we’ll dive into Amazon’s story and explore how leadership principles, customer centricity, and endless experimenting laid the foundations for one of the world’s biggest tech giants.

From a bookstore to the world’s biggest retailer

In 1994, Jeff Bezos started Amazon.com, an online bookstore headquartered in his garage in Seattle. Initially called Cadabra, the company was renamed to Amazon, with growth at the heart of its culture. Jeff’s lawyer believed that the reference to magic was too ambiguous, while people on the phone too often heard the word “Cadaver” instead. Creating a connection to the world’s largest river was more fitting for a company planning to become the world’s biggest bookstore.

Success was almost immediate and Amazon went public in 1996. Yet, it wasn’t until 2001 when the company became profitable. Not surprisingly, many critics, investors, and financial journalists were questioning the business model, claiming that Amazon would eventually lose out to more established bookstores.

But why books? According to Bezos, “books are the most traded commodities”, easy to order, package, and ship. This market had been underserved, and he saw an incredible opportunity to tap into the growing online shopping industry.

In the company’s first year, Bezos paid for mobile billboards to drive by Barnes & Noble stores displaying the question “Can’t find that book you wanted?”, alongside Amazon’s website address.

However, he envisioned the company as a place where any customer could find anything they want, far beyond just books. He also aspired to turn Amazon into a tech company, which was later backed by the launch of Amazon Web Services (AWS) and other business units.

The game-changing difference that Amazon offered to its customers was convenience – they could place their orders online and get them delivered directly to their door. It became the key driver of Amazon’s growth in other areas beyond books.

Bezos argued that to succeed, his businesses needed to “Get Big Fast.” In 1996, Amazon’s first distribution center opened its doors and the one-click ordering button was added to lower the cart abandonment rate. Soon after, the company started offering computer games and music, which transformed into Amazon Music in 2007.

The next steps included selling electronics and home goods, clothes, toys, personal care, foods, the Kindle e-reader (the company sold $5 billion in Kindle devices in 2014, according to Morgan Stanley), and all sorts of other e-commerce items.

Not only Amazon put out of business many traditional brick-and-mortar stores – but consumers also started to “price shop”, leveraging competitive online prices and using offline shops as showrooms. The ability to compare reviews by real people was another important factor.

As Amazon was becoming more than just a retailer, the Amazon Web Services (AWS) – a cloud computing giant – had a dramatic impact on its development. Currently led by Andy Jassy who is to replace Bezos as Amazon’s CEO in 2021, AWS closed out 2020 with over $13.5 billion in operating profits. It was responsible for more than 63% of the entire company’s operating profits (GeekWire, 2020). AWS started when Amazon realized that the computer system powering its online shop was so robust that it could expand its network to many other e-commerce stores.

Today, with numerous integrations and takeovers (including brands like Whole Foods, Pets.com, Twitch, and Zappos), it’s harder to think of items that you can’t buy on Amazon.

Amazon is an ecosystem where each element supports another and makes the entire universe stronger. And the success of the ecosystem as a whole is more important than smaller wins and losses. 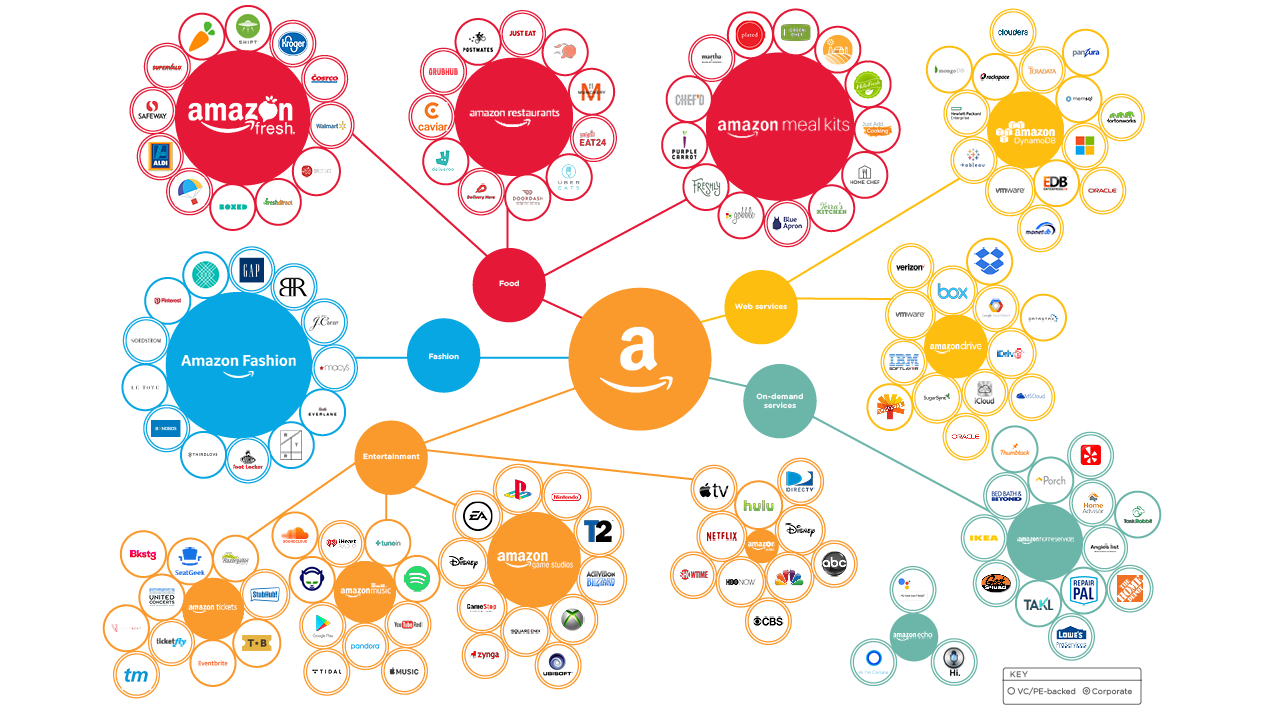 Today, Amazon is basically competing with everyone. Image source: Pitchbook

Some of the key milestones that helped create Amazon we know today were:

Amazon Prime became one of the key drivers of Amazon’s customer base growth. Started as a subscription service granting free two-day shipping, it now offers access to Amazon Kindle, music, movies, and more in 19 countries.

Embedding growth in the company culture

If there’s one aspect that’s truly special about Amazon, it’s the growth mindset embedded in the company’s culture and its leadership principles. In a nutshell, it’s about prioritizing learning, embracing challenges, and focusing on results.

Just like that, they learned how to master supply chain operations after setting up a bookstore and expanded into the world’s biggest retailer.

At Amazon, no one underestimates the role of leadership.

Another important pillar of Amazon’s growth culture is the “Day 1” mentality. Even after almost 27 years, Amazon sees each day as if it was the first day of their new startup.

This implies the importance of building on what you’ve learned and looking to the future instead of staying stagnant.

Amazon is a master at creating customer experiences. Customer obsession – one of the core principles we discussed earlier – serves as a compass for everything the company does.

From offering a large selection of items, affordable prices, and fast delivery, to making strategic acquisition decisions and optimizing website UX, customer experience is at the heart of Amazon’s decision-making process.

For example, Amazon’s auctions, launched in March 1999, became a prototype of the “Amazon Marketplace”, which grants customers access to competitive product prices available through third-party sellers.

Another example is the “One Click” button, a patented operation that allows Amazon’s customers to buy items with only a single click.

Focusing on customer engagement goes much further, as Amazon is all about creating personalized experiences based on algorithmic learning. 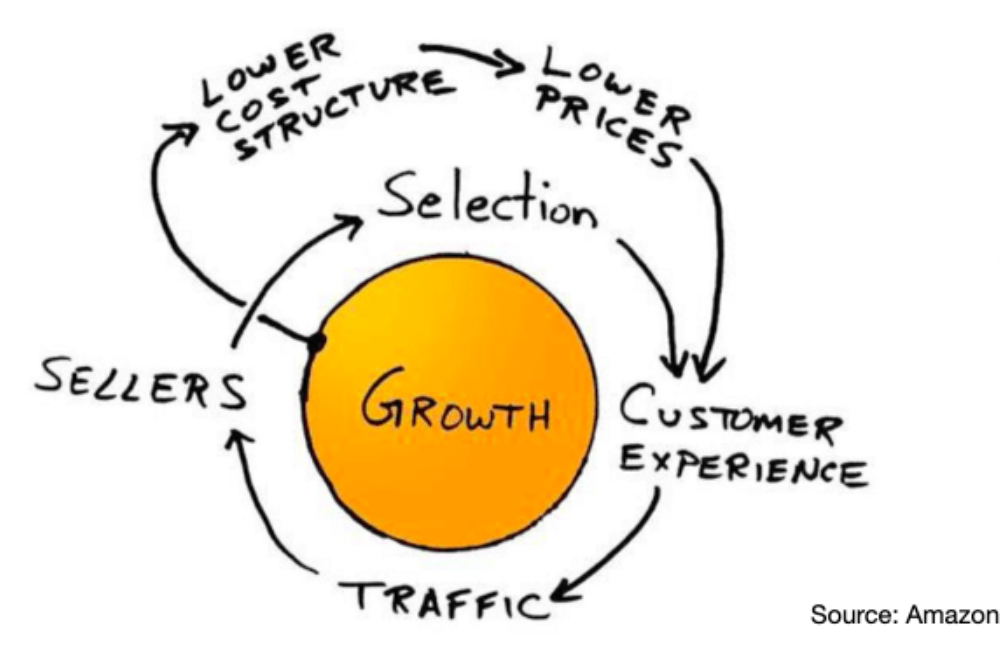 All in all, the so-called Amazon Flywheel focuses on several pillars:

Experiments are the key source of ideas and innovation at Amazon. Many companies do A/B testing these days, but the e-commerce giant took it to a new level, conducting over 10,000 online tests annually. They even have their own team called “Web Lab”, working day and night to make improvements to their websites and products.

They are focused on answering broader business questions and measuring a wide set of metrics, far beyond basic conversion rates.

For example, the “Ask an owner” button allowing customers to contact Amazon sellers is a result of rigorous experimentation. Another example is a series of tests revealing that moving credit card offers from the home page to the shopping card can boost Amazon’s profits by tens of millions of dollars (Harvard Business Review).

According to Bezos, there are several key elements of a successful testing model:

You can easily spot examples of A/B tests run by the company by surfing Amazon.com from different devices/accounts.

For example, this is how the homepage looks for two different accounts: 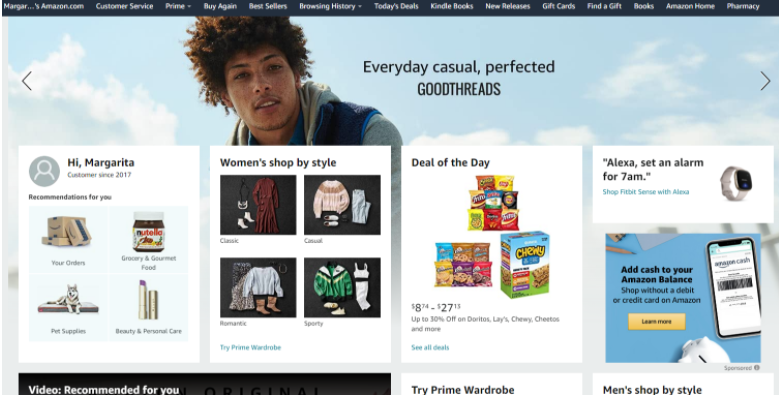 Or, you can notice slight differences if you open the same product page from two different devices. 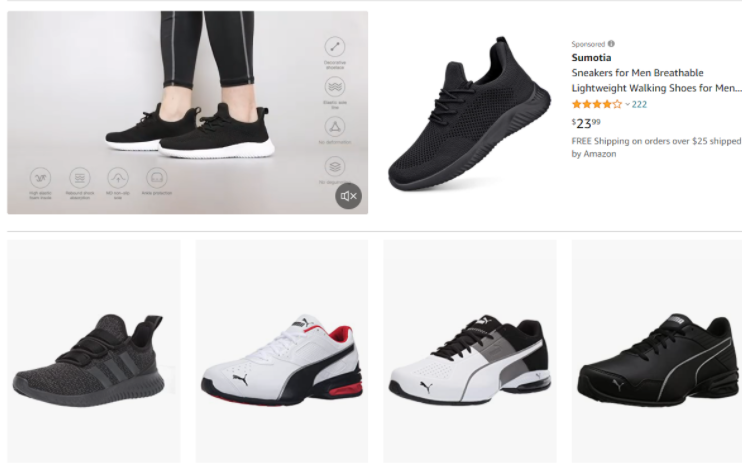 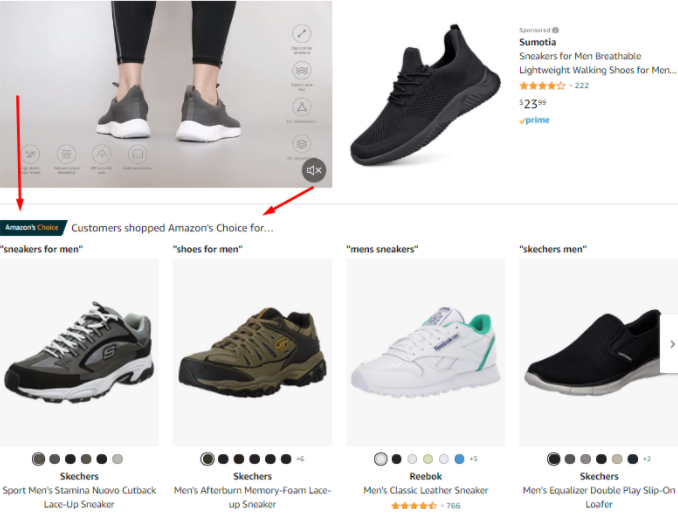 Here, they are testing whether adding the “amazon’s choice” label can affect the conversion rates.

Embracing the “Culture of Metrics” and data-driven automation

The central theme in Amazon’s growth is measuring all business aspects to understand user behavior. At Amazon, every decision is driven by data.

Data-driven automation is another reflection of this trend. From setting up dynamic content, generating recommendations, and enhancing advertising, to improving email nurture workflows, Amazon is tapping into technology to further enhance the customer experience.

To streamline and accelerate these processes, Amazon has been developing technology internally. Designing proprietary technologies and combining them with a licensed tech stack has been an integral part of their strategy. A great example is A9.com, a former subsidiary of Amazon that developed search engine and search advertising technology from 2003 to 2019.

Failing is a part of experimenting

It’s key to understand that failure is a part of success, and Amazon is not an exception. Jeff Bezos has even called it “the best place in the world to fail” in his 2016 shareholder letter.

Examples include Amazon Spark (a visual shopping platform they launched in 2017 and shut down in 2019), Amazon Restaurants, Amazon Tickets, Endless.com (online fashion retailer by Amazon), and many others.

Yet, the world’s biggest retailer doesn’t get discouraged by failed projects. Instead, failure is seen as crucial to improvement and the creation of better ideas.

The future looks bright for Amazon

With the speed at which ideas and experiments are generated at Amazon, the future looks bright.

First, there are numerous areas for improvement when it comes to making the Amazon.com experience more interactive, enhancing Amazon advertising solutions, and improving existing products.

Analysts expect hyper-growth from Amazon Music, which is quickly gaining market share in the streaming business, challenging Spotify and other market leaders…

Other potential areas of growth, according to Amazon, are fresh food and luxury goods. Amazon’s recent investment in Deliveroo, one of the UK’s largest food delivery services, has also sparked a lot of interest regarding its future growth plans.

Unsurprisingly, the growth plans don’t stop there. The tech giant has launched Amazon Care, announcing their entry into the healthcare industry. Another example is Project Kuiper, which might potentially lead to Amazon providing Internet services.

As long as this famed culture of growth is preserved by Amazon, its market dominance is set to continue long into the future.

Nelio Leone is a Full Stack Growth Marketer, Privacy Advocate, TEDx Speaker, and Founder of Urbanmonks.io Since he left a corporate marketing career at L’Oreal in 2014 to join a random startup, Nelio has been working in the Tech Ecosystem worldwide.

From the U.S to Kenya, from Mexico to Saudi, from Denmark to the U.K, he has been helping founders “crack” their growth strategy. Currently keeping busy building UrbanMonks a Growth Studio with the world’s top 1% of growth experts in the scene.